Our new short film Ligature Legislation is out. It was made in response to the Bloody Cuts Horror short film challenge. The film had to be made specifically for the competition between October 30th, 2013 and December 30th 2013, for a budget not exceeding 1000 dollars, and not more than 3 minutes and 5 seconds in length, including credits. The film stars Chris Frandsen, and also features Kerry Frandsen. The score was composed by Rasmus Sjøgren. Sound design and mix was created by Cora Ripatti. This project has been a wonderful experience, and I am very lucky to be supported and surrounded by such incredibly talented and kind collaborators. You can see the film below, and afterwards, if you are interested in peeking behind the rope, there are a few notes further down on the making of the film. So far the competition has received 200 entries from around the world, and I encourage you to go check them out-Happy New Year! 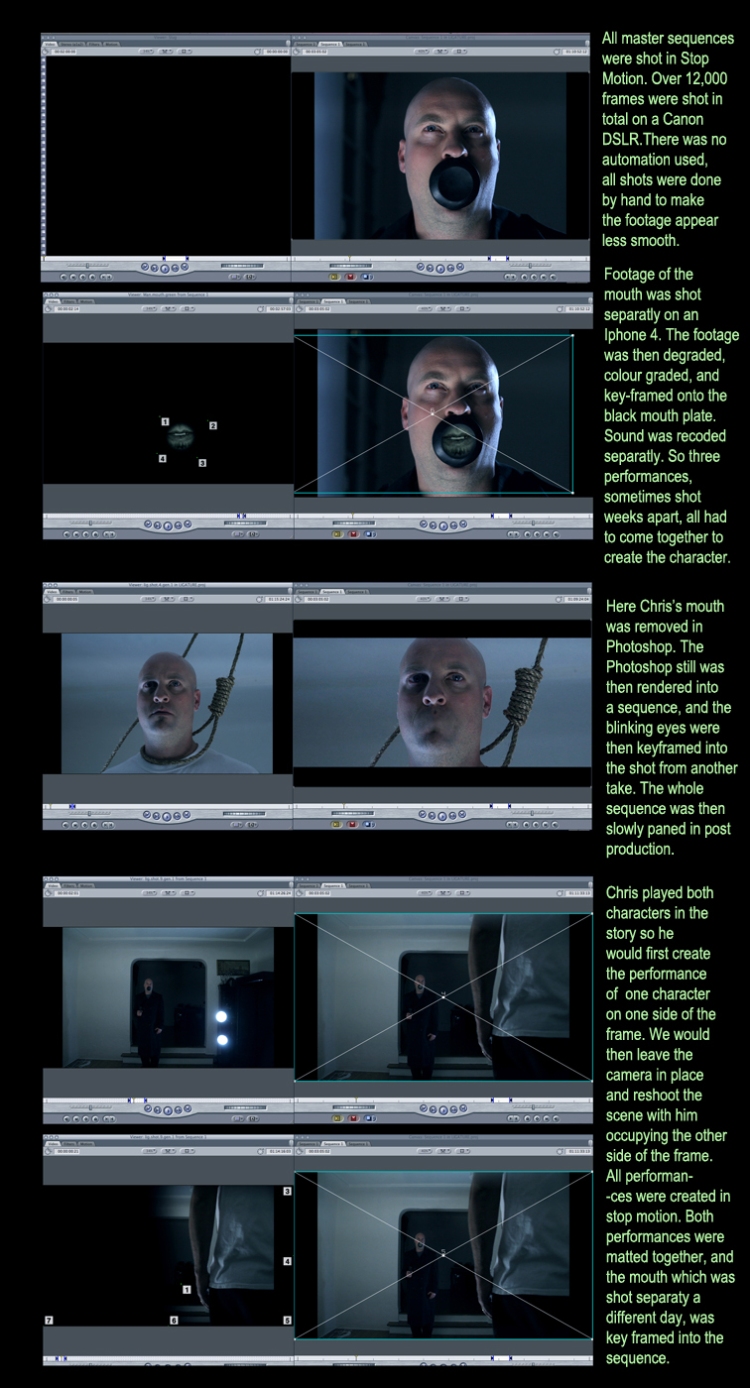